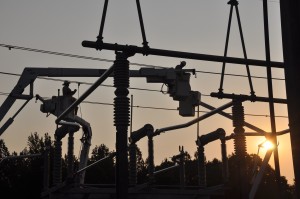 In 1988, the Tennessee Legislature changed state law to give rural electric cooperatives a temporary, four-year city and county property tax exemption on their investments in new facilities and plants. The law sat on the books, unnoticed, for almost 20 years until accidentally discovered in a routine research project. Now the 23 Tennessee electric co-ops are planning ways to utilize the tax break, but may have to battle over the law’s constitutionality.

No one is even sure how the law got on the books. Former Tennessee Senator Bob Rochelle, D-Lebanon, sponsored the law as part of what appears to be a major rewrite of the rural electric cooperative code. But it was never included on tax forms, and for the next twenty years, Tennessee co-ops essentially overpaid their ad valorem taxes because no one knew about the exemption.

Fast forward to 2015, when the president of the Pickwick Electric Cooperative in West Tennessee discovered the four-year tax break while reading the state’s enabling legislation shortly after he was named to the office. It didn’t take long for word to spread around the state’s 23 nonprofit rural power distributors of the newly-discovered exemption, but when the co-ops began invoking it, county and city tax officials raised issue over what they saw as an unconstitutional law.

Responding quickly to the rising furor from local levels, the Tennessee Attorney General issued an opinion that since nonprofit co-ops don’t fall into any of the Tennessee Constitution’s authorized property tax exemptions, such as government institutions and certain nonprofit groups like churches and charitable organizations, any tax break given to the co-ops would be a violation of the state constitution.

The Tennessee Electric Cooperative Association argued that since the nonprofit co-ops’ missions to provide reasonably priced access to electricity, act as a single electric system within their geographic areas and improve conditions meet the established definitions of ‘charitable’ activities. It also noted that the state defines “charitable institution” for purposes of the property tax exemption to include “any nonprofit organization or association devoting its efforts and property, or any portion thereof, exclusively to the improvement of human rights and/or conditions in the community.” It also referenced the U.S. Treasury’s definition of “charitable” to include “promotion of social welfare” as well as “lessening the burdens of government.”

TECA doesn’t intend to ask governments to pay its members back for the years in which they overpaid, but stated that members do have a fiduciary duty to their customers to claim a break that could lower their power bills. The 23 Tennessee co-ops collectively pay about $60 million in property taxes annually. Not everything would qualify for the temporary tax break; for example, vehicles would not qualify, but costly items such as power distribution equipment and facilities would, and the savings realized from a four-year tax exemption on these items would help offset customer rates.

The State Board of Equalization, which hears property tax disputes, in January ruled against the co-ops using the temporary exemption. It based its decision on the attorney general’s October opinion on the matter. Attorneys for TECA now intend to appeal the decision, stating that “only the courts have the ability to interpret what is constitutional and what is not.”

Both sides are waiting for the administrative law process to play out, but whichever side wins, the case will inevitably end up in court.