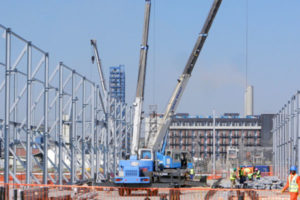 The versatile reciprocating engine is increasingly being selected to meet the challenges faced not only by commercial users but also by investor-owned utilities, municipal utilities and rural cooperatives. From one small engine to a bank of larger engines, these designs find work in multiple power generation applications, from providing fast-start backup generating capacity for intermittent renewable resources to offering scalable and increasingly efficient solutions for commercial and industrial combined heat and power (CHP) systems.

Reciprocating engine plants have desirable characteristics for today’s electricity markets. They can be started quickly, reaching full load in 5 to 10 minutes from warm engine block start, which makes them ideal for chasing wind power. They have a flexible dispatch envelope that can meet peaking, intermediate and base load dispatch without the performance degradation or start/stop penalties that affect gas turbine plants, while also providing ancillary services.

Reciprocating engines are extremely reliable, thanks to their multiple-shaft, modular design and ability to operate on multiple fuels with bumpless transfer. They are also easy to site, requiring little water, thanks to closed loop cooling and low fuel gas pressures; their buildings are light industrial designs that blend well into many locations due to low height buildings and structures.

While the engines can operate on fuel oil or other liquid fuels, both diesel and gasoline create significant pollution in terms of emissions and noise. The development and implementation of cleaner natural gas-fired engines addresses these problems. A major factor driving interest in reciprocating engines for utility and industrial CHP applications in the U.S. is the long-term prospect for plentiful natural gas supplies and relatively stable prices. Gas powered plants also require less time to build and install, taking between 20 to 30 months, opposed to the 40 to 50 months required for a coal power plant and 60 to 80 months for a nuclear plant.

Commercial and industrial customers are finding in some instances that they can generate their own electricity for less money than if they were to buy power from the grid. Creative uses of reciprocating engine technology that include not only power generation but also thermal energy and even captured emissions are gaining traction in some parts of the country.

In August 2012, GE and Houweling’s Tomatoes, a leading California-based greenhouse, completed work on a CHP project that captures carbon dioxide (CO2) from the engine exhaust for plant fertilization, while providing heat, power, and CO2 to Houweling’s 125-acre tomato greenhouse in Camarillo, California. The system provides 8.7 MW of electrical power and 10.6 MW of thermal energy (hot water) for heating the greenhouses. The system offers a total thermal efficiency of nearly 90%. When considering the avoided energy that would be required to externally source the CO2 and the recovery of water from the exhaust, GE states the overall system efficiency (effectiveness) exceeds 100%.

In 2013, the largest power plant running exclusively on gas engines on the African continent—and among the first of its kind in the Republic of South Africa—entered service. The Sasol Gas Engine Power Plant, located south of Johannesburg, is powered by 18 gas-fired generating sets with a combined operating capacity of 140 MW. Electricity produced by the plant is used by Sasol’s nearby chemical factory, with about half of the electricity production fed to the national grid.

Solving the Power Puzzle for Municipal and Cooperative Utilities (Power Engineering, Monday, 22 May 2017)