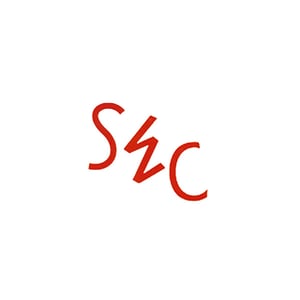 Socorro, a New Mexico city of 72,000 about 75 miles south of Albuquerque, is seeking to pass several ordinances concerning the governing of its electric cooperative, including one that will establish an electric utility to compete with the co-op. The current situation is the end result of nine years of contention, polarization and distrust between the co-op and the city. The case is a valuable lesson for other co-ops and their boards who don’t want to end up in a similar situation.

The Socorro Electric Cooperative (SEC) is a rural non-profit cooperative serving 12,000 consumers living in Catron, Cibola, Sierra, Socorro, and Valencia counties. It was founded in 1945, but over the past decade that the relationship with residents has deteriorated.

The primary points of contention during this time have been the co-op’s spending practices, how it conducts business, and the lack of public access to co-op books, records and audits. In 2008, a member-led reform committee released a report that expenses incurred by the cooperative far exceeded those of the other 15 electric cooperatives in New Mexico. Other complaints included members not being allowed to attend meetings and alleged overuse of executive session at board meetings.

This led to the SEC Reform Committee officially calling for several new bylaws in 2009, including some that would address the lack of transparency.

Despite opposition from the board, the members approved the proposed bylaws, including those provisions requiring transparency. The co-op then filed suit against all 12,000 of its members, filing in state District Court in Los Lunas because all judges in the 7th Judicial District are defendants in the case. The two newspapers in Socorro were named as defendants.

In the suit, the SEC is asking that the judge declare the bylaws null and void, and the co-op be awarded costs and reasonable attorney’s fees for bringing the lawsuit. The suit is still working its way through the courts.

After an extensive legal study, the SEC board then submitted in March 2015 a proposed list of 96 new bylaws. The members voted in April to approve the new bylaws, but dissenters complained about the single “all or nothing” vote as well as the fact that the vote was held prior to the annual membership meeting in May that would have allowed the membership to discuss the bylaws. On the bylaws themselves, dissenters claimed three main points as not being favorable to members:

In response to the continuing squabble, the mayor and the Socorro City Council introduced three ordinances dealing with the co-op.

The mayor of Socorro believes it will take about six months for the ordinances to take effect, hopefully, he says, in an orderly fashion. The Socorro City Council recently approved a resolution to commission a feasibility study exploring the possibility of separating from the Socorro Electric Co-op.

Co-ops across the nation have been watching the contentious relationship between the city and the SEC, and are anxiously awaiting the outcome. Hopefully, these co-ops are also taking some cues on how to avoid ending up in a sequel to this show.