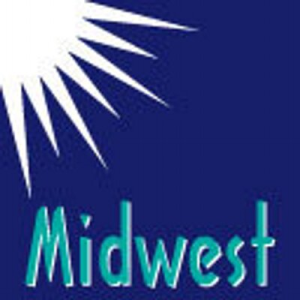 In May of this year, Midwest Energy Cooperative, serving southern Michigan, adopted a resolution to become member-regulated, in accordance with Public Act 167 of 2008, the Electric Cooperative Member-Regulation Act. Assuming it has fulfilled all of the notice and hearing requirements of the Act, the electric cooperative on 24 August will become the seventh to become member-regulated since the law became effective.

A cooperative, or co-op, is a type of consumer-owned utility (COUs), as opposed to an investor-owned utility (IOU). IOUs are private companies, subject to state regulation and financed by a combination of shareholder equity and bondholder debt. U.S. IOUs serve about 75% of the population, mostly in larger urban areas. IOUs within each state are under the jurisdiction of both state agencies known as Public Utility Commissions or Public Service Commissions, and federal agencies like the Federal Energy Regulatory Commission (FERC) and others.

The other 25% of the U.S. population is served by COUs, mostly in rural areas and smaller towns. There are three types of COUs. City-owned or municipal utilities, known as munis, are governed by the local city council or another elected commission. Public utility districts are utility-only government agencies governed by a board elected by the voters within the service territory.

The third type of COU is a member cooperative, like Midwest Energy, which is a private nonprofit entity governed by a board elected by the customers of the utility. In general, member regulation allows an electric cooperative to make decisions in specific business areas more efficiently and effectively without having to seek the approval of a governmental regulatory agency. Electric cooperatives in Michigan were member-regulated from their start in the late 1930s until the early 1960s, when the co-ops asked the Michigan Public Service Commission (MPSC) for help with service area issues to avoid costly duplication of power lines. With the return to member regulation, the Commission has retained jurisdiction over safety, performance standards, code of conduct, and service area issues. Across the nation, the majority of electric cooperatives has always been member-regulated or has returned to member regulation under recent changes in their state laws. In fact, only 14 states have cooperatives that are regulated by a governmental agency.

There are many advantages to member regulation of an electric co-op, but the main one is accountability. Munis are generally subject to control by the City Council or a special board or committee that may or may not ultimately answer to the City Council – and thus ultimately not the consumers it serves. Public utility districts generally have dedicated boards, elected by the voters at large – many of whom may not be the consumers served by the COU. Only co-ops generally have dedicated boards comprised of co-op consumers and elected by the consumers of the utility (including business consumers). In general, all COUs have much more streamlined processes for setting rates and policies. In some states, the legislature has given the state commission full regulatory authority over cooperatives, but ultimately, the business and operations decisions are decided by the membership of the co-ops.

Another advantage co-ops offer is the eligibility of its members for capital credits. Customers become members when they begin purchasing power from the co-op. At the end of each year, if the co-op’s revenue exceeds the co-op’s expenses, the excess margins are allocated to those members who purchased power during the year. Under this structure, electric co-ops provide economic benefits to their local communities rather than distant stockholders. The amount allocated to the member is dependent on how much electricity they purchased.

As a member-regulated cooperative, Midwest Energy Cooperative’s board of directors will be responsible for establishing, maintaining and applying all rates, charges, accounting standards, billing practices, and terms and conditions of service. The MPSC retains jurisdiction over certificates of need and enforcement of administrative rules dealing with areas served and line extensions. The MPSC directed Midwest Energy Cooperative to make certain filings and to meet with the MPSC staff as it transitions to a member-regulated cooperative.

Electricity Regulation in the U.S.: A Guide (The Regulatory Assistance Project, March 2011)