In 2015, Hall County (Georgia) brought legal action against Selective Insurance Company of America, Inc., the surety company for contractor Ruby Forrest. Hall County had contracted Ruby Forrest to complete and maintain sidewalk systems within three residential subdivisions that Ruby Forrest owned and was developing. Ruby Forrest did not complete the work as promised, and Hall County brought action against the contractor’s surety to recover under performance / maintenance bonds for uncompleted work and to assert bad faith claim for punitive damages and attorney fees.

Both Hall County and Selective Insurance filed appeals. After review, the appellate court found no reversible error in 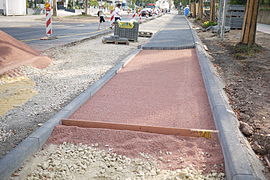 the district court’s entry of summary judgment in favor of plaintiff Hall County on these three performance/maintenance bond claims. The appellate court also found no reversible error in the district court’s awarding plaintiff Hall County the full amount of the bonds. The County Engineer for Hall County testified that the bond amounts were based on inspection and estimates for completing the sidewalk work at the time the bonds were issued in 2007 and that the estimated cost to complete the sidewalk work in 2015 exceeded those bond amounts. In opposing Hall County’s motion for summary judgment, Selective Insurance did not present any evidence to dispute the County Engineer’s testimony.